Meet Inspiring Speakers and Experts at our 1000+ Global Events inclusive of 300+ Conferences, 500+ Workshops and 200+ Symposiums Every year on Medical, Pharma, Engineering, Science, Technology and Business.

Mass Spectrometry 2015  is a unique opportunity to discuss best practices within the laboratory research and those in other industries if the people  are doing related things getting a variety of viewpoints can help us see where we can change or improve our own ideas and processes.There will be many seminars, workshops and technical sessions take place which will catch the attention of the professionals to attend Mass Spectrometry conference and it would enormously enrich our knowledge in understanding the current requirements of the global pharmaceutical industry. The expert will get an excellent opportunity to give many presentations and lectures on different topic and will also present their case studies.

As per the Frost and Sullivan report analytical market is growing on an average 0.4%  annually.This report studies the global mass spectrometry market over the forecast period of 2013 to 2018. The market was estimated at $3.9 billion in 2013 and is expected to reach $5.9 billion by 2018, growing at a CAGR of 8.7% from 2013 to 2018.North America dominated the global mass spectrometry market in 2013, followed by Europe and Asia. The North American market is likely to be driven by factors such as the increasing number of government investments in pharmaceutical, biotechnology, medical, and academic research studies that make use of mass spectrometry techniques. On the other hand, Asia is expected to grow at the highest CAGR due to the presence of high-growth markets such as India and China, the improved funding scenario in this region, increasing number of conferences and exhibitions on mass spectrometry, and increased focus of the giant players in these countries.

OMICS Group Conferences make the perfect platform for global networking as it brings together renowned speakers and scientists across the globe to a most exciting and memorable scientific event filled with much enlightening interactive sessions, world class exhibitions and poster presentations. For more details on Mass Spectrometry market please visit  Mass Spectrometry-2015.

As per Fundamentals of Mass Spectrometry, Mass spectrometry is an analytical tool used for measuring the molecular mass of a sample. Ionization is the atom or molecule is ionized by knocking one or more electrons off to give a positive ion. This is true even for things which you would normally expect to form negative ions or never form ions at all. Most mass spectrometers work with positive ions. New Ion activation methods for tandem mass spectrometry; this is followed by tandem mass spectrometry, which implies that the activation of ions is distinct from the ionization step, and that the precursor and product ions are both characterized independently by their mass/charge ratios. As per the Frost and Sullivan report analytical market is growing on an average 0.4% annually. This report studies the global mass spectrometry market over the forecast period of 2013 to 2018

Mass Spectrometry Configurations and Techniques is regards to Mass Spectrometry configuration of source, analyzer, and detector becomes conventional in practice, often a compound acronym arises to designate it, and the compound acronym may be better known among nonspectrometrists than the component acronyms. The Mass Spectrometry instrument consists of three major components those are Ion Source: For producing gaseous ions from the substance being studied; Analyzer: For resolving the ions into their characteristics mass components according to their mass-to-charge ratio and Detector System: For detecting the ions and recording the relative abundance of each of the resolved ionic species. A Time-of-Flight Mass Spectrometry is simply a device designed to determine the mass of individual atoms or molecules. Atoms of different elements have different masses and thus knowledge of the molecular mass can very often be translated into knowledge of the chemical species involved. TOF MS is the abbreviation for Time of Flight Mass Spectrometry. Charged ions of various sizes are generated on the sample slide and MALDI is the abbreviation for "Matrix Assisted Laser Desorption/Ionization."

There are many types of ionization techniques are used in mass spectrometry methods. The classic methods that most chemists are familiar with are electron impact (EI) and Fast Atom Bombardment (FAB). These techniques are not used much with modern mass spectrometry except EI for environmental work using GC-MS. Electrospray ionization (ESI) - ESI is the ionization technique that has become the most popular ionization technique. The electrospray is created by putting a high voltage on a flow of liquid at atmospheric pressure, sometimes this is assisted by a concurrent flow of gas. Atmospheric Pressure Chemical Ionization (APCI) - APCI is a method that is typically done using a similar source as ESI, but instead of putting a voltage on the spray itself, the voltage is placed on a needle that creates a corona discharge at atmospheric pressures. Matrix Assisted Laser Desorption Ionization (MALDI)-MALDI is a technique of ionization in which the sample is bombarded with a laser. The sample is typically mixed with a matrix that absorbs the laser radiation and transfer a proton to the sample. Gas-Phase Ionization

Methods rely upon ionizing gas-phase samples. The samples are usually introduced through a heated batch inlet, heated direct insertion probe, or a gas chromatograph. Ionization mass spectrometry (ESI-MS) which has become an increasingly important technique in the clinical laboratory for structural study or quantitative measurement of metabolites in a complex biological sample. MS/MS applications are plentiful, for example in elucidation of structure, determination of fragmentation mechanisms, determination of elementary compositions, applications to high-selectivity and high-sensitivity analysis, observation of ion–molecule reactions and thermochemical  data  determination  (kinetic  method).  We will examine them in detail through a few examples.

The search of metabolites which are present in biological samples and the comparison between different samples allow the construction of certain biochemical patterns. The mass spectrometry (MS) methodology applied to the analysis of biological samples makes it possible for the identification of many metabolites. The 100 chromatograms were concatenated in a vector. This vector, which can be plotted as a continuous (2D pseudospectrum), greatly simplifies for one to understand the subsequent dimensional multivariate analysis. To validate the method, samples from two human embryos culture medium were analyzed by high-pressure liquid chromatography–mass spectrometry (HPLC–MS). They work on the principle that many microorganisms have their own unique mass spectral signature based on the particular proteins and peptides that are present in the cells.

Mass spectrometry experiment (MS) is a high-throughput experimental method that characterizes molecules by their mass-to-charge ratio. The MS is composed of sample preparation, molecular ionization, detection, and instrumentation analysis processes. MS is beneficial in that it is generally fast, requires a small amount of sample, and provides high accuracy measurements. For these reasons, MS alone or combined with other structural proteomics techniques is widely used for various molecular biology analysis purposes. Examples of the analysis include post-translations modifications in proteins, identification of vibrational components in proteins, and analysis of protein conformation and dynamics. We will focus on MS-coupled methods that provide information about conformation and dynamics of the protein being studied. For a comprehensive review on MS procedures and for a review on various types of MS-coupled methods

The performance of a mass spectrometer will be severely impaired by the lack of a good vacuum in the ion transfer region of the mass analyser.  As the vacuum deteriorates it will become insufficient to maintain the instrument in the operating mode. If the foreline pump is not maintained, the oil may become so contaminated that the  optimum pumping is no longer possible.  Initially, gas ballasting may clean the oil.  If the  oil has become discoloured then it should be changed according to the pump  manufacturers’ maintenance manual.   When rotary pumps are used to pump away solvent vapours, the solvent can  become dissolved in the oil causing an increase in backing line pressure.  Gas  ballasting is a means of purging the oil to remove dissolved contaminants

Mass spectrometry imaging is a technique used in mass spectrometry to visualize the spatial distribution of chemical compositions e.g. compounds, biomarker, metabolites, peptides or proteins by their molecular masses. Although widely used traditional methodologies like radiochemistry and immunohistochemistry achieve the same goal as MSI, they are limited in their abilities to analyze multiple samples at once, and can prove to be lacking if researchers do not have prior knowledge of the samples being studied.[1] Emerging technologies in the field of MSI are MALDI imaging and secondary ion mass spectrometry imaging (SIMS imaging). Imaging Mass Spectrometry is a technology that combines advanced analytical techniques for the analysis of biological molecules with spatial fidelity. An effective approach for imaging biological specimens in this way utilizes Matrix-Assisted Laser Desorption Ionization Mass Spectrometry (MALDI MS). Briefly, molecules of interest are embedded in an organic matrix compound that assists in the desorption and ionization of compounds on irradiation with a UV laser. The mass-to-charge ratio of the ions are measured using a mass spectrometer over an ordered array of ablated spots. Multiple analytes are measured simultaneously, capturing a representation or profile of the biological state of the molecules in that sample at a specific location on the tissue surface.

New mass spectrometry (MS) methods, collectively known as data independent analysis and hyper reaction monitoring, have recently emerged. The analysis of peptides generated by proteolytic digestion of proteins, known as bottom-up proteomics, serves as the basis for many of the protein research undertaken by mass spectrometry (MS) laboratories. Discovery-based or shotgun proteomics employs data-dependent acquisition (DDA). Herein, a hybrid mass spectrometer first performs a survey scan, from which the peptide ions with the intensity above a predefined threshold value, are stochastically selected, isolated and sequenced by product ion scanning. n targeted proteomics, selected reaction monitoring (SRM), also known as multiple reaction monitoring (MRM), is used to monitor a number of selected precursor-fragment transitions of the targeted peptides. The selection of the SRM transitions is normally calculated on the basis of the data acquired previously by product ion scanning, repository data in the public databases or based on a series of empirical rules predicting the enzymatic cleavage sites. 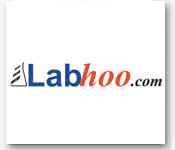 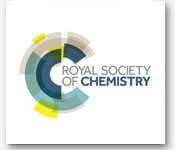 All accepted abstracts will be published in respective Our International Journals. 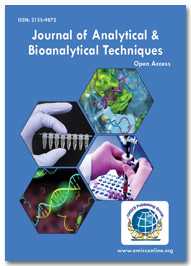 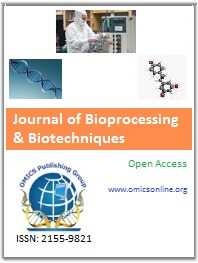 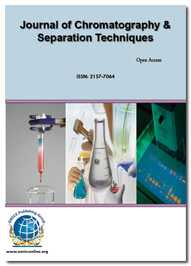